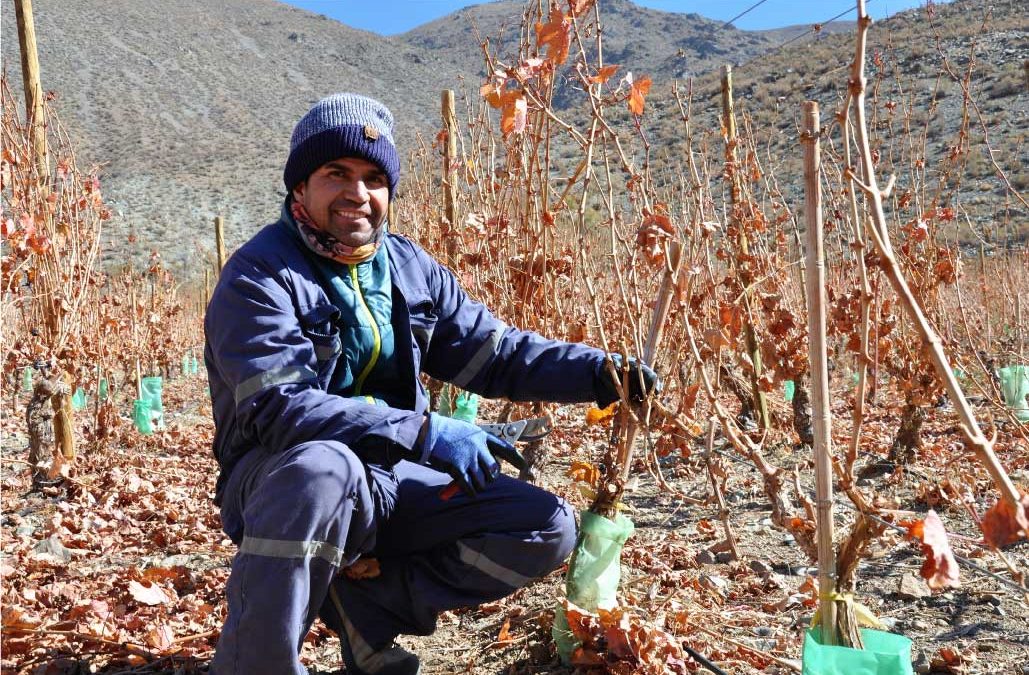 In the months of July and August in the Southern Hemisphere, and specifically in Chile, we find ourselves in the middle of winter. At this time, the vines in the vineyards have already thrown all their leaves and the vine accumulates its carbohydrate reserves in its roots. This is the stage of the annual life cycle of the plants (known as vegetative cycle of the vineyard) in which the vine sleeps. It may seem like this is very like a quiet time in the vineyard, but it’s actually a very busy season, preparing for the next growing season. During this period in which the vine is inactive, pruning is carried out.

Pruning is the act of removing unwanted leaves, sticks and old wood from the branches of the plant so that in the next season the vineyard will have the amount and quality of shoots the viticulturalist is looking for, avoiding uncontrolled growth. As well as affecting the yield (quantity of grapes produced), pruning also influences the balance, consistency, sustainability, and viability of the resulting crop. Pruning has a sanitary effect, as it helps to prevent wood diseases. 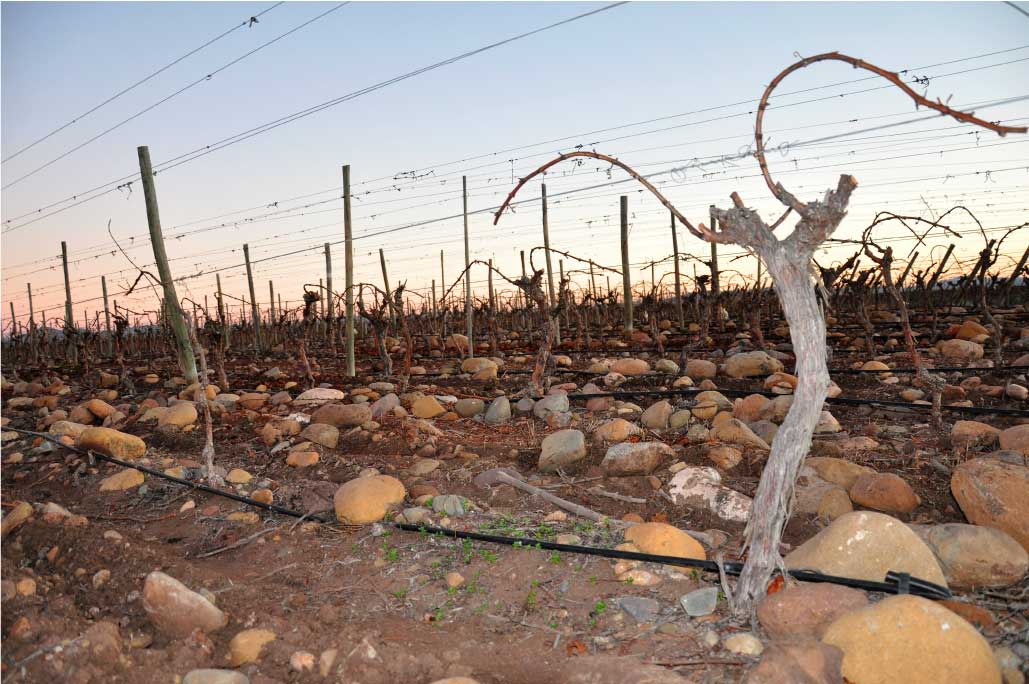 Hector Rojas, Viticulturalist for Tabali, explains that pruning has a double objective during the dormant stage of the vine: on one hand it shrinks the plant by eliminating structures of the wood that are not needed anymore, and on the other hand, it is invigorative because when you prune you decide how many buds to leave on the vine and concentrate on what you really want to keep. Pruning gives shape to the vineyard and limits its size. Héctor explains that this moment is the starting point of a new season, and it is critical to observe the vine and know its history to prune correctly.

To carry out pruning, it is also important to consider climate, soil, age, and vigour of the vines. It is essential to have optimal weather conditions: dry weather to avoid humidity in the cuts made on the plant and not too low temperatures to prevent the wood from becoming brittle. The winter pruning of the vine is one of the most important actions to be carried out in the vineyard and will define many aspects of the future harvest.

The pruning process can last a few months. Some viticulturalists decide to prune early, when not all the leaves have fallen, and the shoots are dormant. Others prefer to prune later when the shoots are starting to get active again. The chosen timing will affect in an early or delayed sprouting. Hector says:” In Tabali we are always looking for balance.”

Viticulturalists and winemakers also decide on the method they will use to prune, which will define the shape of the vine. Spur-pruned vines are cordon-trained, meaning they have that classic “T” shape. All the wood that makes up the “T” is old wood that has been trained over many years into that shape. Those horizontal arms are called “cordons,” on which are spaced vertical spurs from which we get the new vine growth each season. This kind of shaped vines can have smaller clusters. Cane-pruned vines, (also known as Guyot) on the other hand, are not trained in a “T” shape. They consist of a vine trunk and head, lacking cordons on either side. This kind of shape can give higher yields per plant, according to the variety of wine. Guyot has long been used in many of the world’s cooler climate regions, as it is known to limit frost damage.

The Tabali team is working hard on preparing the vineyards for the next vintage! 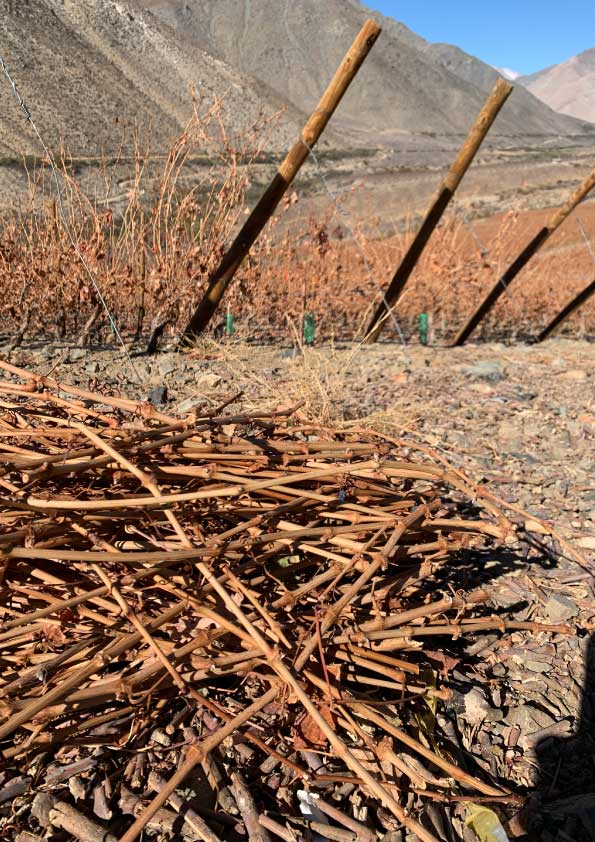